The Central Philippines State University - College of Engineering (CPSU-COE) once again stands proud as new set of successful takers in the Mechanical, Electrical and Agricultural & Bio-systems Engineering examinations were announced by the Professional Regulations Commission (PRC).

With twelve out of fifteen (12/15) successful takers, the COE- ME department garnered a CPSU passing rate of 80%, and a National Passing Rate of 54.15%. 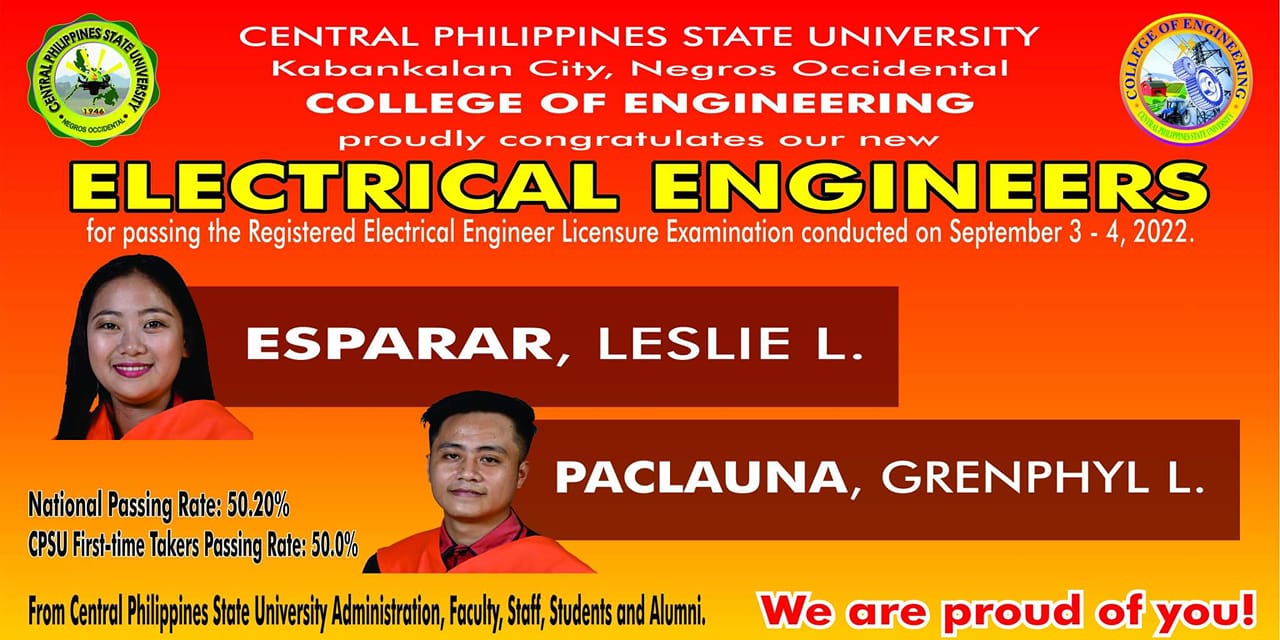 The CPSU academic community and the College of Engineering (COE) celebrate this victory with the students and their proud parents. This success creates significant ‘branding’ for the College proving that Cenphilian engineers can soar great heights in pursuit for excellence and in bringing pride and honor to their beloved Alma Mater.

CPSU wishes you all the best of luck in your future ventures!