Partnerships with local government including private agencies to further mobilize assistance to address community needs and local development priorities is one of the University’s keystone role to support its stakeholders in the surrounding communities. 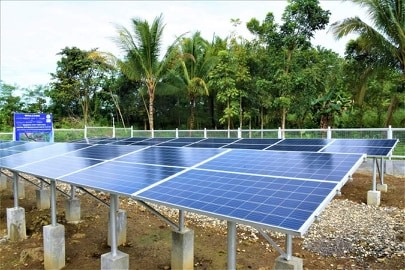 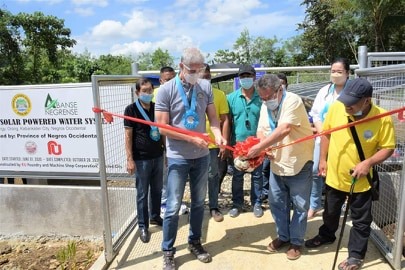 Seeing the long-standing ordeal of the residents in Brgy. Orong, Kabankalan City on the poorly accessible and insufficient potable water supply in their area, the University facilitated in the planning and preparation of the proposal to bridge their request for a water system for local government funding.

The P8 Million-worth water facility funded by the Provincial Government of Negros Occidental constructed at So. Molobolo-Tinago, Brgy. Orong, is expected to serve a total of 314 households with a population of 1,220 residing in Puroks 1, 2, 3, 4, Orong Proper, the elementary school, the Brgy. Hall, Health Center and two (2) day care centers in the area.

In his speech, Gov. Lacson expressed his expedient support for the community’s health and well-being. He then left the challenge of maintaining the water facility to the local officials and residents of the community, and urged everyone’s cooperation for the project’s sustainability.

Mayor Zayco likewise expressed his gratefulness to the Province’s usual support to the City leading to the eventual realization of this project.

In response, Orong Brgy. Capt. Gerardo Gonzaga uttered thankful words to all the people behind this project.

“Foremost, I am thankful to the Province of Negros Occidental headed by Hon. Bong Lacson for funding this project which is an answer to our urgent problem on safe and potable water supply. I also thank the LGU of Kabankalan and the Department of Agriculture for providing us with a concrete farm-to-market road going to the project site. I am equally grateful to CPSU for facilitating this project since the start of the plan,” Brgy. Capt. Gonzaga said in an interview.

Dr. Moraca said that this auspicious role of the University of connecting to the people in the community allows the institution to understand their needs, not just in terms of education and livelihood, but also on aspects relating to their good well-being since water is considered a key element of life.

“The University’s resolute initiatives to extend any form of assistance to the community being its stakeholders is one of our main functions as their partners. This contribution of CPSU in lobbying the community’s needs to our local government aims to help them gain immediate access to water that is necessary for them carry out their regular work for a gainful, productive living,” Dr. Moraca added.